Recently one of our long-standing 5 Star window and conservatory veterans tasked himself with a mammoth of a task: conquering Everest. 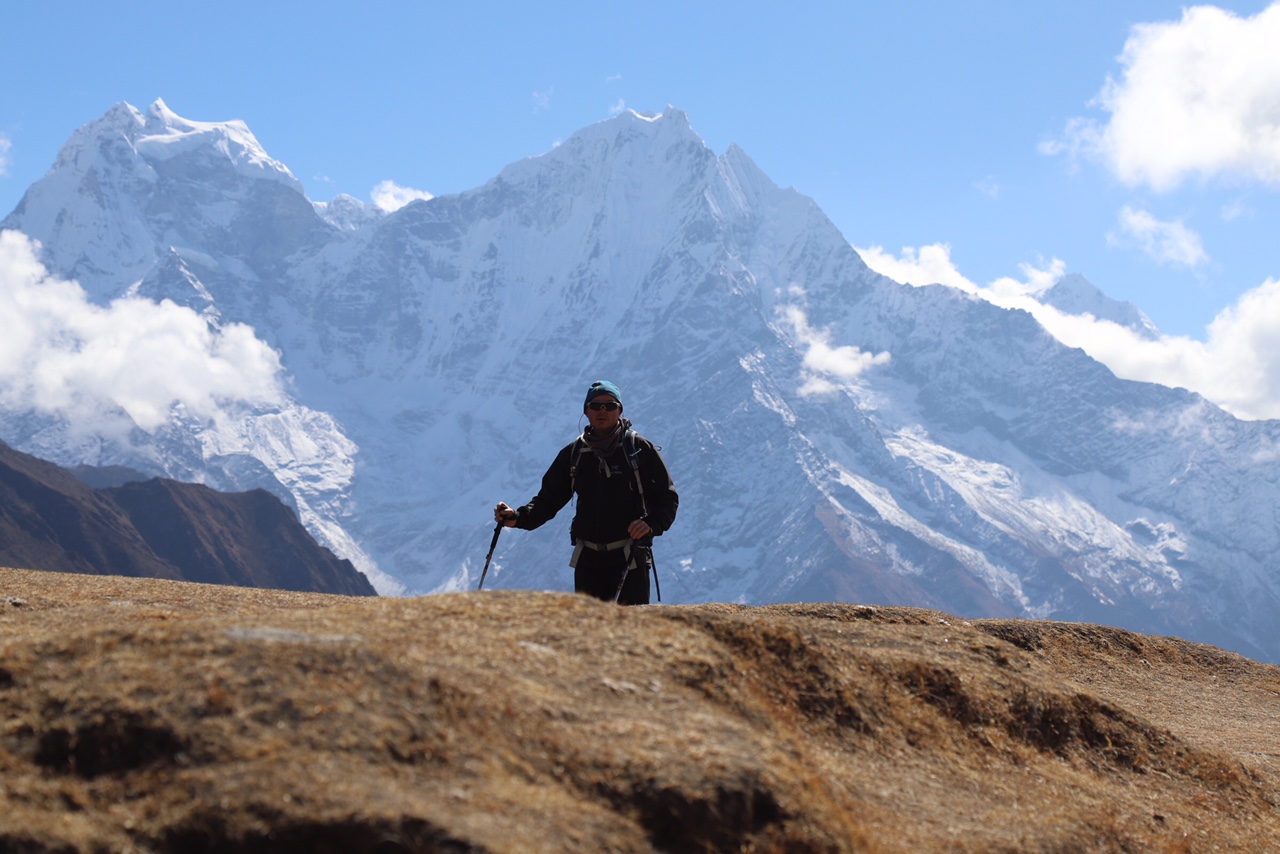 Les Jones is one of the UK’s finest doubling glazing and conservatory surveyors, yet wanted to take one large leap out of his comfort zone. Les said he is a keen walker and yet said scaling the Everest circuit was a far cry from clambering up conservatories and rooftops to survey them.

This mother of all expeditions is nothing to turn one’s nose up at. Les started from the infamous Khumbu Valley, home to the Sherpa people. From there Les climatised to the extreme conditions by trekking through the stunning summits and passes that many Everest climbers have navigated before. The trip wasn’t all hard work though; as you can imagine 3600m up, the sights of the sun beating down on glacial lakes and quiet valleys were all the rewards Les needed. Les’s highlights included his visit to Everest Base Camp and the climbs to Nangkartshang, Chhukung Ri, Kala Pattar, Gokyo Ri and Awi Peak. 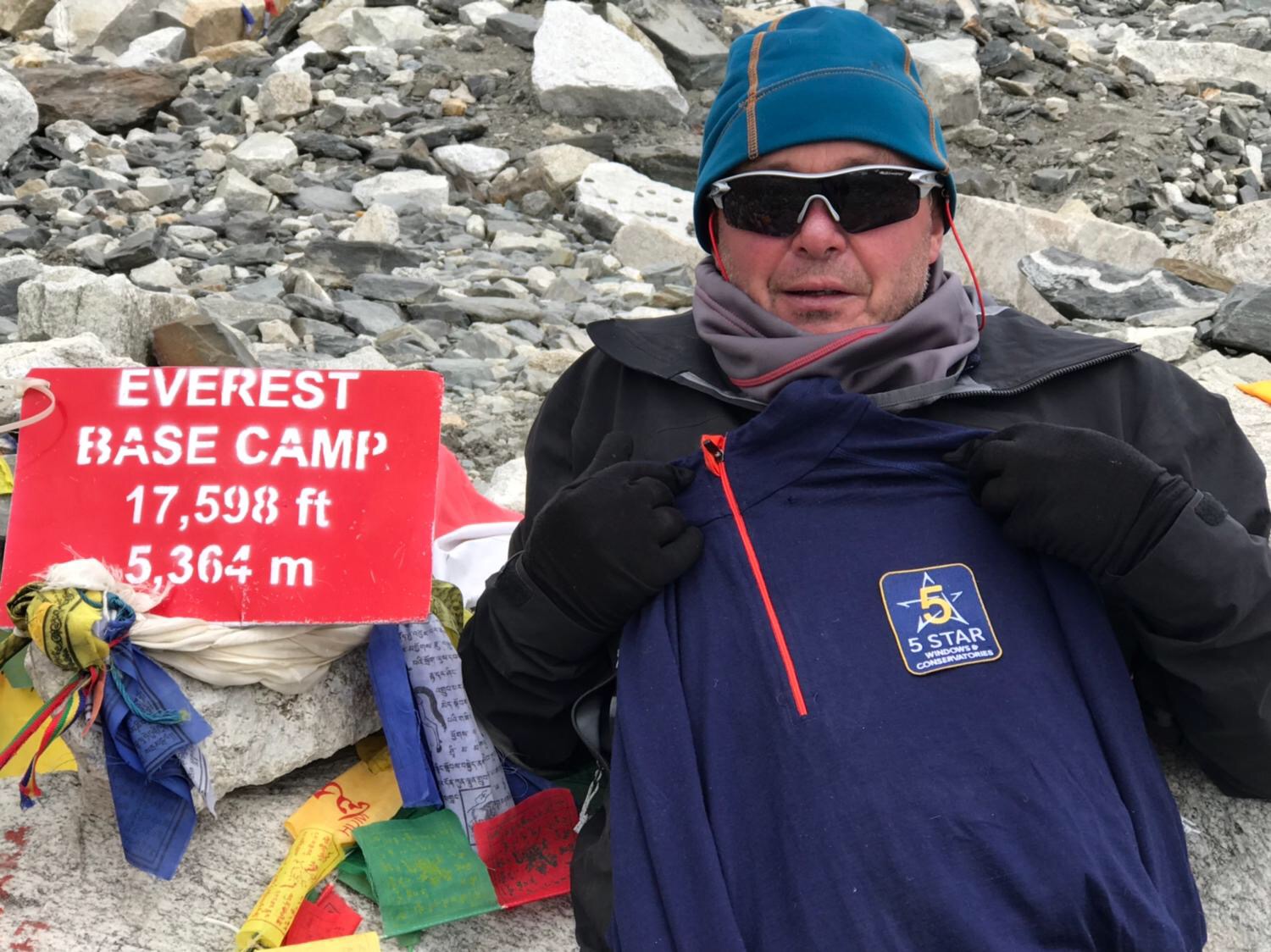 Les spent 4 nights in hotels and 18 in teahouses with full porterage walking point-to-point. Groups usually tackle Everest in groups of 4-16, yet in an amazing feat of capability, Les handled the challenge with only his partner!

Les noted that on a daily basis, he would see 2-3 rescue helicopters fly above his head, reiterating how incredibly dangerous Everest is. Les’s trip peaked at a staggering 5546m up. As you can see, the 5 Star ethos of dressing smartly was maintained even all that way above sea level. Not wanting to let the company down, Les proudly adorned basecamp with his surveyors jacket and as a token of appreciation, he gave it to his Sherpa. Keep your eyes peeled for an Everest branch of 5 Star.

5 Star’s Managing Director, Richard Manser said that he and the team were “incredibly proud of Les’s achievement. Climbing up conservatory and orangery roofs should now be a walk in the park”. Stay tuned for more 5 Star adventures!